any games happening that need people to join in ?

I can bring along an modern Afghan game if yourself and anyone else fancies a go. 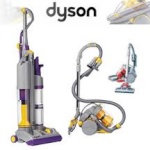 that would be good . enjoyed the last afghan game you ran . even if the tank did not seem to want to join in !

Recce and I will be putting on an AWI game.
I think we are revisiting Bunker Hill again. It's a fun scenario.

I was about to ask the same question?

what rules do you use for the awi ?

if ben still wants to do afghans i am happy to that . but if he wants to play awi i would be happy to do that too

if anybody else is putting on a game i may be happy to do that as well . but i am not really helping here am i ?

what do you reckon ben?

I am lacking the brain power atm to make such a decision. Ill leave the decision in your hands

i think ben and myself would like to play awi please

That's fine. Both of you have commands now.

We use British Grenadier. It's a version of the Nap rules
General de Brigade but with an excellent enhancement that
Brings out the true feel of the way the AWI was fought.

More players are welcome. We can adapt the game to suit numbers.

what an excellent game last night .there were several times that various parts of it could have gone either way . i probably had the easier job on the patriot side and it was rather rude throwing double 6 when i was shooting at pauls cavalry
jim did a good job with the militia in the centre and was pushing back one of the crack british units at the end with another one badly shot up too .
and bens mixed ability command was starting to make a mess of the hessians facing him .
the umpires gave a narrow win to the brits though so a grudginig "well played" to them
thought the rules system worked well and would certainly like to try it again sometime

Thanks for your comments Steve.

Yes it was a brilliant game. One of the best I've played in for ages.
Everyone's command behaved or misbehaved leading to an extremely well balanced game.

The victory was only granted by strategic considerations that were well outside the game.
Recce